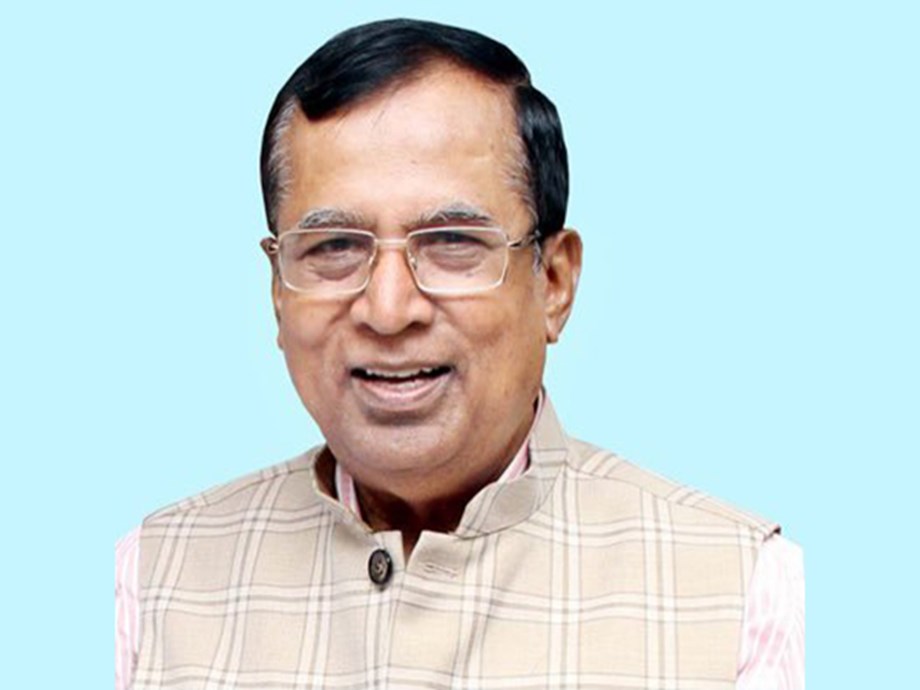 Union Minister of State for Trade and Industry Som Parkash on Tuesday criticized the Punjab government for the murder of singer and Congress leader Sidhu Moosewala and said it was an ‘immature decision’ to withdraw the security provided to the singer and publish it in the newspaper. newspapers. He alleged that the border state government is a complete failure.

He added: “It is the responsibility of the Chief Minister, the Home Secretary and the Director General of Police (DGP).” He claimed, “It is a mistake on the part of Punjab Chief Minister Bhagwant Singh Mann and Aam Admi Party Leader Arvind Kejriwal to talk about the removal of the singer’s security during their speeches. Mann said that the security of 400 people had been removed, how this statement is irresponsible. She is absolutely false.

Prakash said law and order of Punjab is constantly being destroyed in Punjab. Killings, looting, drug supply, supply of drones and the arrival of drones from Pakistan have become commonplace. “Is this appropriate? This is a very serious matter, Punjab is a border state, and such activities completely reflect the failure of the government,” he alleged.

“The weapons used in the Moose Wala murder are quite advanced. Law and order is completely breaking down in the state,” he added. “Mann should spare Punjab first, what had to happen happened, now what will happen by forming this committee, the investigation should be completed in this case. It is the DGP itself who makes public, that the security of 400 people has been removed. What will this investigation do?” he stated.

“Bhagwant Mann must take responsibility, ensuring the safety of the people should be his first priority. The people of Punjab have given such a big mandate to the Aam Aadmi Party, at least they should respect it,” he added. Amid outrage over the murder of Moose Wala, the Punjab High Court on Monday issued a notice to the state government requesting a detailed report on the number of people whose security was reduced or withdrawn and the reason why. of the move.

The Punjab government on Monday wrote a letter to the Chief Justice of the High Court of Punjab and Haryana, Sanjiv Berry, asking him to conduct an investigation into the murder of Moose Wala by a sitting High Court judge. Earlier today, Punjab Police arrested six people from Chowki area of ​​Peliyon Police in Dehradun in connection with the murder of Punjabi singer Sidhu Moose Wala, STF sources said.

Uttarakhand STF and Punjab STF in a joint operation with Dehradun Police arrested six people who contributed to the killing of Moose Wala by cordoning off the Shimla Naya Gaon bypass outpost. Canadian-based mobster Goldy Brar claimed responsibility for Moose Wala’s murder in a Facebook post Sunday night. Goldy Brar is a close associate of gang leader Lawrence Bishnoi, who is also believed to be involved in the singer’s murder.

Meanwhile, Punjab police in their preliminary investigation linked the killing to gang rivalry. Punjab Police have registered an FIR against unidentified people after Sidhu Moose Wala was shot dead by unidentified assailants in Jawaharke village of Mansa district. The FIR was registered under Sections 302, 307 and 341 of the Indian Penal Code and Sections 25 and 27 of the Weapons Act at City-1 at Mansa Police Station.

Earlier, Punjab police ordered the removal of Sidhu Moose Wala’s security blanket, saying it was only a “temporary move”. They cited that there was a pressing “public order duty” due to which this action was taken. Earlier on Sunday evening, Punjab Police Director General VK Bhawra said security at Moose Wala had not been withdrawn but reduced. (ANI)

(This story has not been edited by the Devdiscourse team and is auto-generated from a syndicated feed.)