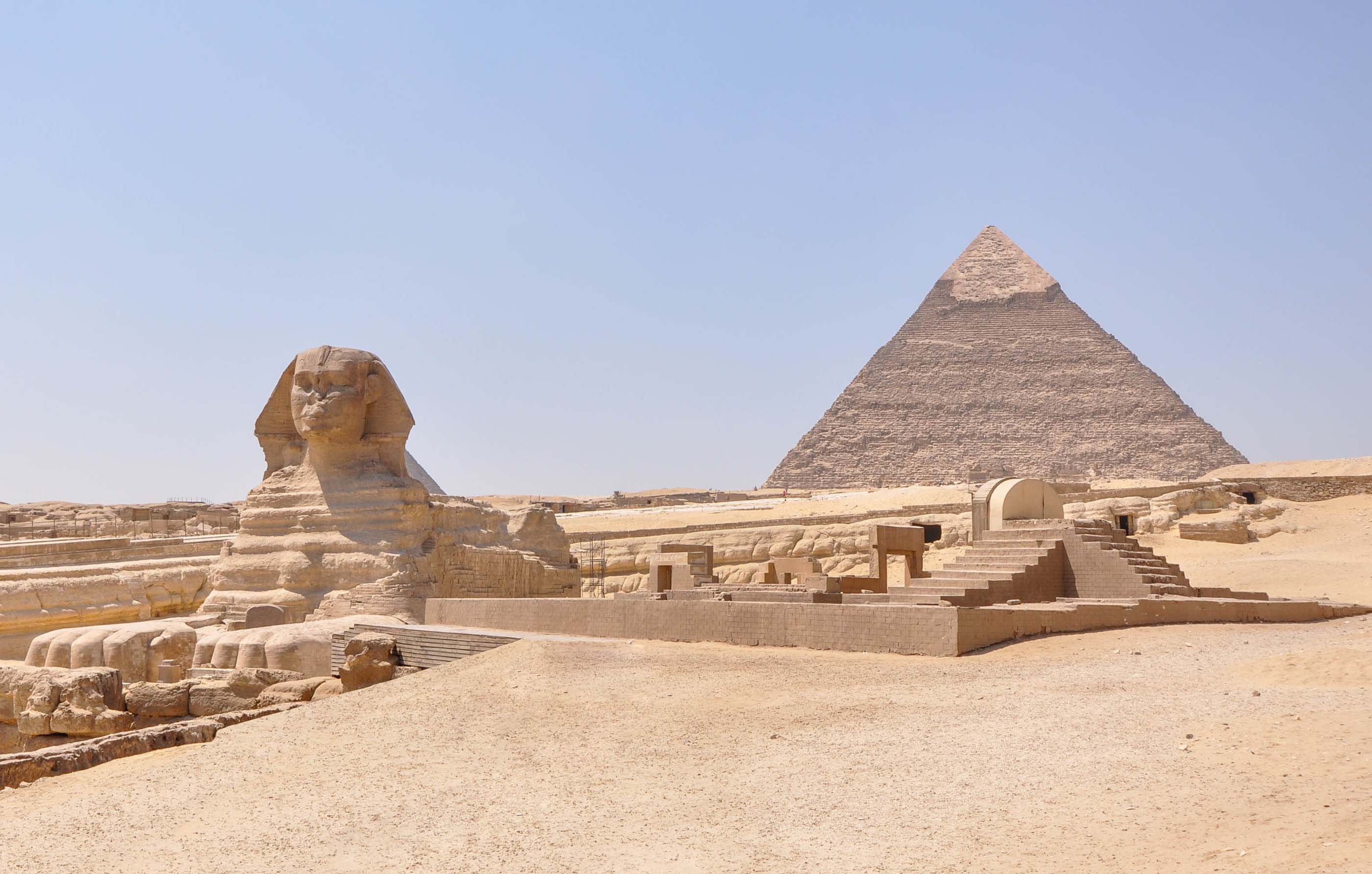 In the evening, before the tourist crowds return to shelter from their hotels in Giza and Cairo, the Giza pyramids light up with echoing sound in the surrounding desert landscape. International architecture firm SOM and local firm Raafat Miller Consulting (CMR) have been exploited to reinvent this night entertainment at Egypt’s most recognizable (and most visited) cultural heritage site, which brings to life the stories and characters of ancient Egypt, recalling the story of the pharaohs and the mystery behind the building of the pyramids.

The team of architects and designers will lead a conservation-conscious multimedia performance redesign at the UNESCO World Heritage site, known for its three remaining triangular burial complexes – the Great Pyramid of Giza, the Pyramid of Khafre and the Pyramid of Menkaure – with the imposing Great Sphinx of Giza.

The effort will require a balance between the careful preservation of what is one of the Seven wonders of the ancient worldand modern interventions to update on-site technologies, facilities and services, all in the name of an improved visitor experience.

The redesign of the Giza pyramids follows ongoing efforts by Egyptian officials to improve the offer for foreign visitors to the pyramid plateau, which recently opened. the first restaurant on the heritage site—9 Pyramids Lounge, a restaurant overlooking the ancient structures—and will also host the new Grand Egyptian Museum, which is slated to open in November in hopes of becoming the “the largest archaeological museum in the world.” Other plans for the site include new ticket offices for visitors and expansion of parking lots.

SOM and RMC were appointed by OSL for Entertainment Projects, an Orascom Investment Holding company, to take on the project. The light show is hosted by Misr Company for Sound and Lightwhich began illuminating Egyptian monuments and sites in the 1970s.

“This project demonstrates the current focus on improving the services provided to Egyptian and foreign visitors to the Pyramids area and the use of first-class expertise and cutting-edge technologies to develop the venue and the sound show. and light in order to properly demonstrate Egyptian civilization, and contribute to the promotion of tourism in the region,” said Mohamed Abdel Aziz, Executive General Manager of Misr Company for Sound & Light and Tourism Development. “This is in line with the efforts of the Egyptian government to develop and modernize tourist destinations, with particular emphasis on the Pyramids region due to its great historical importance being one of the UNESCO World Heritage Sites.”

Chris Cooper, Design Partner of SOM, added: “Visiting Giza is a rare and transformative experience that offers insight into centuries of human history. As one of the Seven Wonders of the World, Giza welcomes millions of people each year; by reinventing the experience, our priority is to honor and preserve its history and create a sustainable future for the UNESCO World Heritage Site. We have worked for five decades in the Middle East to marry the rich cultural heritage and vernacular architecture of the region with our expertise in the meaningful design of some of the world’s most sensitive and complex sites.

As mentioned, this is not SOM’s first project in the region. In 2015, the company unveiled its design for a 9 million square foot campus that will house the New National Cancer Institute. When completed around 2031, the institute will be the largest such facility in the Middle East, Africa and Europe.

Yale SOM admissions chief gets seat on GMAC board