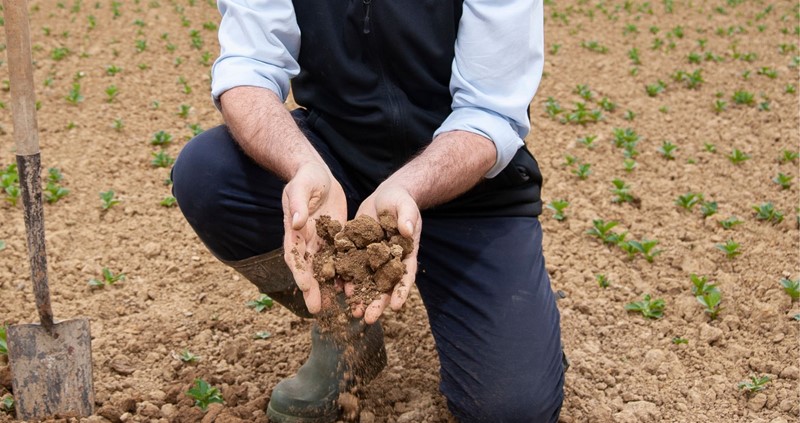 Crop rotation – the use of long and diversified crop rotations is known to increase SOM because the quality and quantity of crop residues incorporated into the soil increases, which then become available to microbial communities to stabilize SOM.

Cover crops – cover crops are considered “green manure” and are essential for increasing SOM. Cover crops are beneficial to overall soil health because they are grown during times when soils would otherwise be bare, protecting the soil from degradation and promoting environmental resilience.

Schedule – careful timings, such as plowing only when dry, also benefit soil health.

Since focusing on improving SOM, David has experienced a 1% increase in SOM in five years.

The current percentage of MOS in the whole farm is between 3 and 4%.

As a result, the farm has seen dramatic improvements in yield, manageability, fewer crops and reduced diesel usage.

Andy Neal of Rothamsted Research states that for silty clay loam “every 1% increase in soil organic carbon is equivalent to an increase in water holding capacity of 354,000 liters per hectare at a depth of 30 cm”.

Basically, soil texture has a big influence on this, and the relationship is not linear.

During dry periods, soils will retain more water and can withstand long periods of drought.

During wet periods, soils will have a greater capacity to store water, which will reduce flooding and erosion.

In addition, soils with greater water-holding capacity require less rainwater or irrigation, which increases their resilience and reduces the cost of irrigation and associated infrastructure.