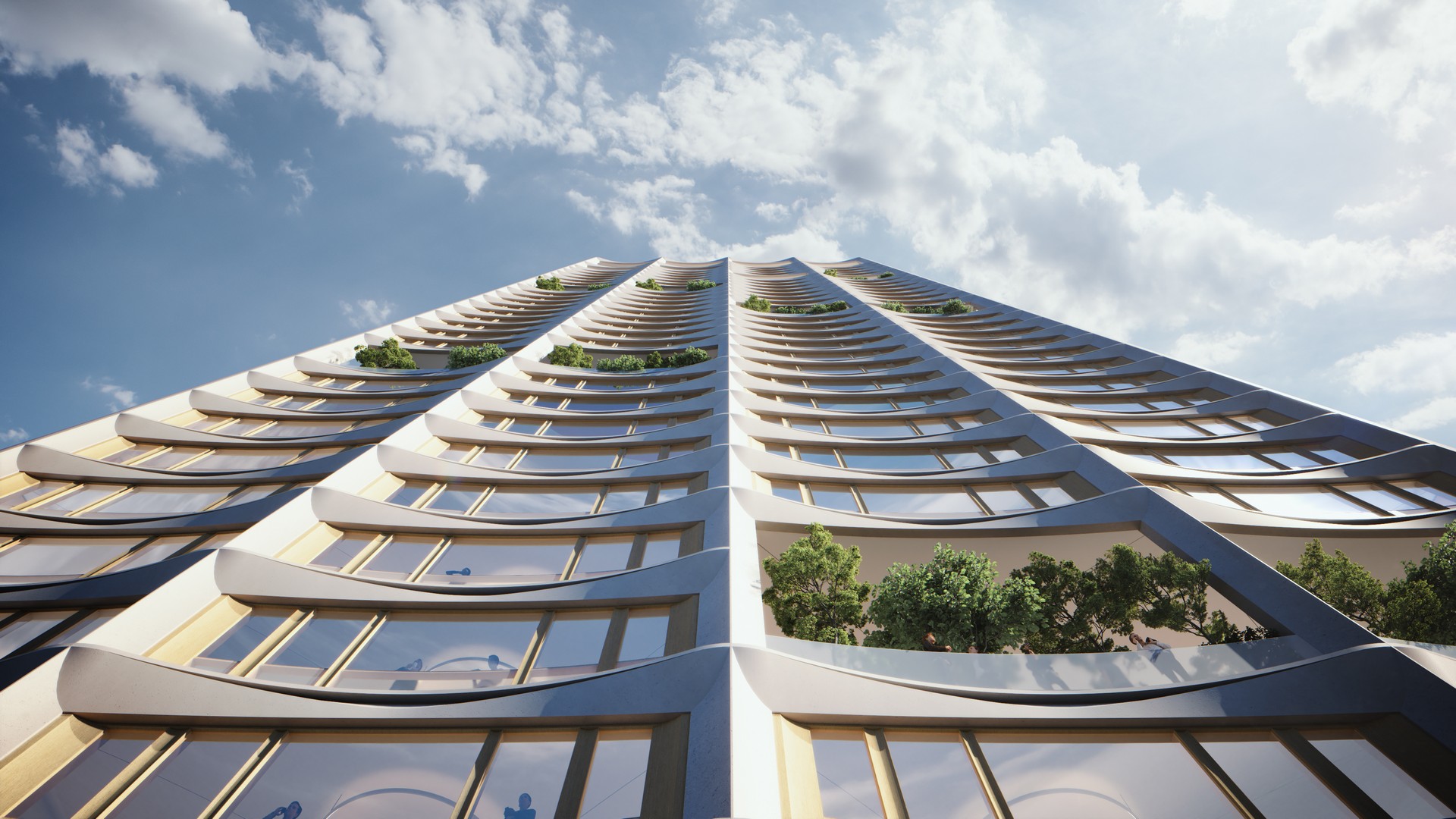 Can buildings and cities contribute to a dramatic reduction in carbon dioxide? reach the famous “zero emissions” and also become an active part of absorbing and removing carbon dioxide already present in the atmosphere? Over the past year, a multidisciplinary team from the international community SMO studio has worked to answer this question and the challenge it poses, developing the Urban Redwood NOW project, which was presented on November 8 in Sharm el-Sheikh, Egypt, during the COP27,the 2022 United Nations Climate Change Conference. Urban Sequoia NOW is the result of a project developed and refined from the research work that the same architecture firm presented at COP26 in 2021. What a year ago seemed like a visionary concept is now become a feasible building. It is a skyscraper designed as a living organism that can reduce carbon in the atmosphere, generate energy during its operation, and last longer than the 60 years considered an average life cycle, typical of a building.

The data, presented by the international architecture firm, shows a 70% reduction in initial embodied carbon compared to an ordinary skyscraper. Additionally, in the first five years of its life, the building would achieve 100% carbon reduction over its lifetime. Over an extended life of 100 years, Urban Redwood NOW would absorb more than 300% of the amount of carbon emitted during its construction and operation. It is an astonishing result that supposes a radical rethinking of the way of designing buildings, since it touches on all aspects, from the choice of materials to the structural and mechanical systems and the innovative technologies adopted. Each element is in fact considered according to its ability to “absorb carbon” and construction in general is radically redesigned in favor of a single, streamlined process in which each part of the building fulfills several functions. The skyscraper becomes a carbon “trap” and can store it for other industrial applications, thus creating a complete cycle and laying the foundations for a new economy linked precisely to the elimination of this pollutant.

Images and video courtesy of SMO