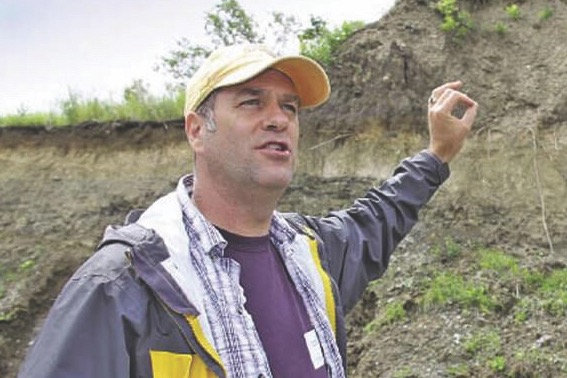 If you can only tackle one thing on your farm to improve crop yields, let it be ways to improve soil organic matter.

That may be an oversimplification considering all the factors that affect yield, but protecting and, if necessary, enhancing soil organic matter levels can provide the best value, according to a researcher from the University of Manitoba (U of M).

David Lobb, professor of soil science at U of M, says that with much more discussion in recent years about measuring and improving “soil health,” he considers the two main indicators of soil soil health are soil organic matter and crop yield.

Soil organic matter, which essentially comes from plant residues, is described as a renewable bank account of nutrients and an agent for improving soil structure, maintaining soil condition and minimizing erosion.

Soil organic matter contains a reservoir of nutrients for plants. As it breaks down, the nutrients are released in a form that the plant can absorb. The stable organic fraction (humus) adsorbs and retains nutrients in a form that can be assimilated by plants.

Soil organic matter facilitates the movement of water through the soil and its storage in it. It influences the chemistry and efficient use of fertilizers and nutrient storage. And the level of soil organic matter has a direct effect on the activity of soil biology. An active soil biology consumes organic matter leading to the storage and release of nutrients.

“Overall, high organic matter and high biological activity in the soil makes for more efficient use of all inputs,” says Lobb. “Soil organic matter is absolutely essential for crop growth and production.”

Across western Canadian farmland, the level of soil organic matter in various soil types varies considerably. Even under natural conditions before agriculture, soil organic matter levels could vary from 2-4% on sandy soils and up to 4, 8, or even 10% on black or clay-like soils.

On hilly land there is often greater variation in soil organic matter within a single field than there is throughout the region due to the influence of topography on moisture conditions of the ground. It is estimated that with various farming practices over the past 120 years, soil organic matter levels have declined by 30-50% and amplified this variation.

Lobb says there is no overnight solution to restoring or increasing levels of organic matter in the soil through adjusted cultural practices. A general trend in the 1980s in Western Canada toward conservation agriculture, which involved reduced seeding and no-till measures, certainly helped, but was not the total solution.

“It’s a slow process to replenish soil organic matter,” says Lobb. “Sometimes we hear about a new cultivation practice such as cover cropping that some proponents claim could increase soil organic matter levels from 4% to 12% in five to 10 years. Claims like that are not only unbelievable but impossible – it physically can’t happen that fast. What they did was select certain spots in a field to test for soil organic matter to get these numbers. Really, you can make the numbers say anything if you know when, where, and how to sample.

Lobb says it takes sound sampling techniques and planning to come up with an accurate and useful measurement of soil organic matter for a field. Such a plan accurately depicts the changes in organic matter on the depths of the soil and across the field, capturing the ups and downs.

Lobb attributes the loss of topsoil and organic matter primarily to erosion, not just wind erosion. He says it’s a combination of wind erosion, water erosion and tillage erosion. “In the days of conventional farming practices and even today when tillage is used, we find that wind and water erosion can contribute significantly to soil loss,” says Lobb. “But my research has shown that the real culprit is tillage erosion.”

He points out that most research centers studying all aspects of agricultural production, including soil organic carbon, conduct studies on relatively flat topography with highly productive soils. He says these studies are not representative of real-world conditions where 75 to 90 percent of western Canadian farmland has varying soil types and topography.

“Wind and water erosion can cause significant ground movement, but it’s not as bad as most people think,” Lobb says. “My research over the years has focused on farmland with real world conditions and varying landscapes. Under these conditions, tillage erosion has a much greater impact on soil movement and loss than wind and water erosion.

“You ask most farmers where they see the most soil loss and the lowest production and they point to mounds and hilltops. They are drier and less productive, so they naturally have lower levels of organic matter, then with tillage the losses are even greater.

Lobb says research on variable topography shows that conservation tillage or even direct seeding with an air seeding system fitted with high disturbance openers “will cause just as much soil movement and loss of organic matter than a moldboard plough”. Lobb says a plow will turn the soil and move about two to three feet, while conservation tillage tools or an air seeding system moving at faster speeds will move less soil but the move six to 15 feet. With each pass over a field over the years, the soil descends further down the slope until it accumulates in the low point of the field.

Lobb criticizes precision farming recommendations, which encourage farmers to view variable soil productivity as a simple and manageable problem. “You have this white top that’s not very productive and it’s only 5 or 10 percent of the field, so it’s no big deal,” he says. “But if you include the area around the spot which is also not very productive, then the affected area becomes 15 or 25% of the field. The low production area will continue to grow in (size). And then it’s not just a minor issue anymore.

Lobb says topsoil and organic matter from the summit and upper slopes don’t necessarily leave the field. They simply accumulate in low areas. “You can have three feet of topsoil at the bottom and no topsoil at the top,” he says. How can you change this situation?

Remedial measures that encourage greater crop growth on hilltops or adding compost or manure can help, but replenishing soil organic matter is a slow process. However, in some farming situations, Lobb says there may be a faster cure.

It evokes a practice that has been used in some countries for centuries. “It’s about collecting the extra topsoil from that deep layer at the bottom of the field and moving it up the low production hill,” he says.

“You have to have the right ground conditions. It might not be something you do every year, but it’s something you build into your management plan,” he says. The exact amount will depend on each situation, but as an example, a scraper could be used to scrape four inches of topsoil from the bottom level of the field to be applied and spread two inches deep (double the surface area) over the top of the low production hill.

Lobb says applying manure, for example, to an eroded hillside to replenish organic matter can help, but it’s a slow process. It can take 25 to 30 years of manure application to increase soil organic matter by one percent. “Manure has to break down, so it’s a slow process to build up what we think of as stable soil organic matter,” he says. “Whereas if you move the topsoil from the low areas to the top of the hill, it is already stable and ready to produce crops.” Moving soil is an expense, but Lobb says some research projects have shown a return on investment through improved crop production within three to five years.

Lobb says it’s important to eliminate highly disruptive tillage on vulnerable landscapes and then determine if moving topsoil to eroded hilltops might be a viable option. LARP