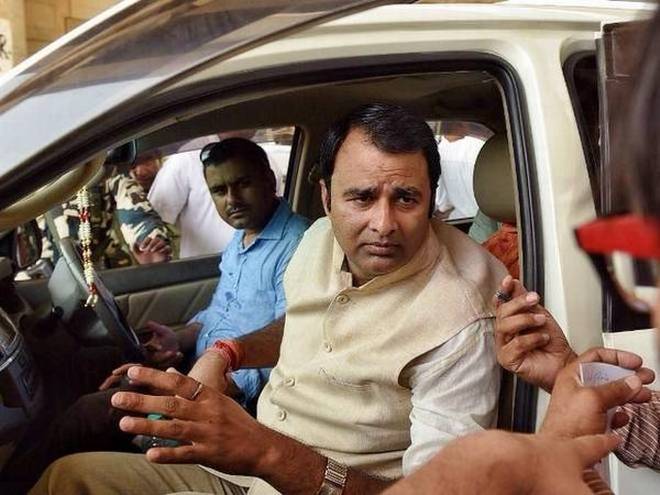 New Delhi: A First Information Report (FIR) was filed against Bharatiya Janata Party (BJP) MP Sangeet Som by Uttar Pradesh police on Saturday for allegedly ‘beating’ the chairman of a polling station during the vote for the first phase of the Assembly elections on 10 February.

According to Indian Express, police said Som and his followers broke into stall 131 in Salawa village in Meerut district around 3pm on February 10. The deputy was “upset” by a long line of voters in front of the stand. Som had a “spirited argument” with the president over the allegedly slow vote, then slapped him, the newspaper reported. According to the police, the MLA supporters also took away the CCTV cameras installed inside the stand.

Meerut Police (SSP) Superintendent Prabhakar Chaudhary said THAT IS TO SAY that the police waited for the presiding officer, Ashwini Sharma, to file a complaint “for almost ten hours on Thursday”. When he did not show up, the head of Sardhana police station taped the FIR. “We are investigating the matter and action will be taken after our investigation is complete,” the SSP said.

A copy of the FIR was sent to the Electoral Commission the same day, the officer said. The president was asked to record his statement to bolster the case, he said.

Som is Sardhana’s BJP candidate and is seeking a third consecutive term as an MP. With the latest FIR, there are now eight cases against Som, but he has yet to be convicted in any of them. THAT IS TO SAY reported.

Som was charged in the case of the 2013 Muzaffarnagar riots. Last year, the UP Special Investigation Team (SIT) filed a closing report in the case against Som who was charged with uploading an inflammatory video to social media before the riots. A local court accepted the closure report because no objections were filed against it. The plaintiff in this case was Inspector Subhodh Kumar Singh, who was killed when far-right groups attacked a police station in Bulandshahr in 2018.