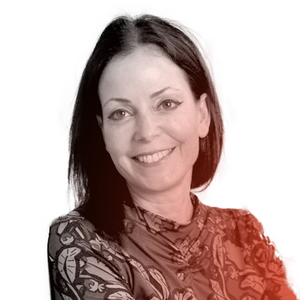 A new study from Reichman University warns: if som

Herzliya 2022, Two new studies by Professor Gurit Birnbaum of Reichman University’s Baruch Ivcher School of Psychology reveal that online interactions, such as flirting on chats, can be destructive to a relationship. Study results show that the potential damage caused by online interactions often occurs at the unconscious level and can lead to a less attractive perception of your current partner. These feelings make it easier to release passionate feelings toward people other than your partner—feelings you might have been more successful in suppressing in the past.

The introduction of social networks into our lives has posed a significant challenge to monogamy. When people enter a relationship, they define themselves as monogamous, they hope to remain faithful to their partner. However, now more than ever, they are inundated with temptations from alternative partners, which lurk all over the web. People tend to manage the conflict these temptations bring up by using relationship-protective strategies, such as ignoring suitors or perceiving them as less attractive than they are. These strategies are not always effective, however, as high infidelity rates will attest. In his latest research, Professor Birnbaum examines how people deal with the conflict between short-term temptation and long-term plans, or in other words, what factors help people be more resistant to temptation and what factors weaken this resistance.

In order to assess this, two studies were conducted in which romantically involved participants chatted online with an attractive person, who was a member of the research team. Half of the participants were assigned to a member of the research team who conducted a content-neutral conversation and served as a control group, and the other half were assigned to a member of the team who flirted with them during the conversation. In the first study, following the conversation with the stranger, participants in both groups reported the degree of attraction they felt towards their current partner and also participated in a task that examined their unconscious perceptions of their partner. In this study, participants who were flirted were found to perceive their current partner in a more negative light, both consciously and unconsciously, compared to participants in the control group.

In the second study, after the conversation with the stranger, the participants wrote down the first sexual fantasy that came to mind. These fantasies were analyzed by independent judges who examined the level of desire expressed in them towards the current partner and the alternate partner. The results showed that in the flirty chat condition, participants fantasized about alternative partners more and expressed more desire towards them than participants in the control condition.

Teacher. Gurit Birnbaum, Baruch Ivcher School of Psychology, Reichman University“Previous studies that examined predictors of infidelity focused on partner personality or relationship characteristics. In the present study, I have chosen to focus on the behavior of suitors, and to assess whether a suitor who is more active in expressing his interest in an individual already in a relationship is better able to penetrate the defense mechanisms , jeopardizing the relationship between quality and stability.

The title of the article

Temptation at your doorstep: receipt of mate poaching attempts and perceived partner desirability

“Previous studies that examined predictors of infidelity focused on partner personality or relationship characteristics. In the present study, I chose to focus on the behavior of suitors, and d assess whether a suitor who is more active in expressing his interest in an individual already in a relationship is better able to penetrate the defense mechanisms, jeopardizing the quality and stability relationship.

Disclaimer: AAAS and EurekAlert! are not responsible for the accuracy of press releases posted on EurekAlert! by contributing institutions or for the use of any information through the EurekAlert system.

Chanyapak Suwankantha has been appointed Wellness Manager at Chiva-Som International…

At the State Department, Jeffrey Sonnenfeld and Steven Tian of Yale SOM brief the…