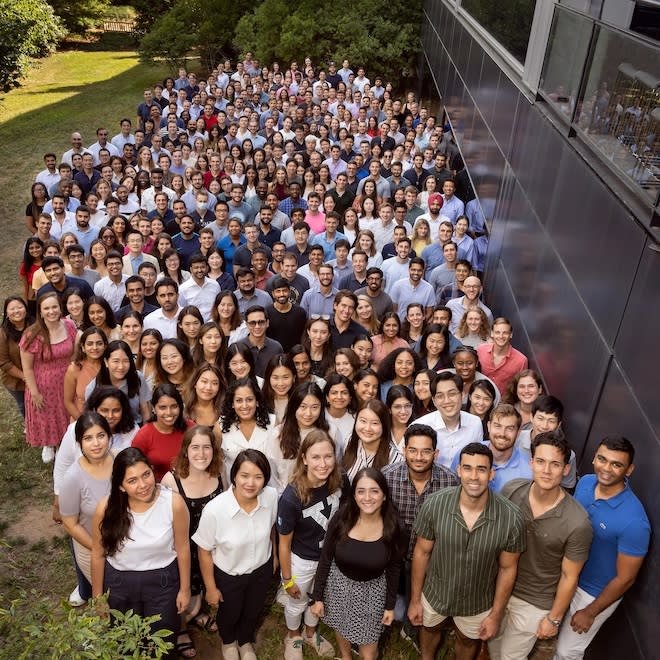 Yale SOM is getting much more diverse

Yale School of Management Assistant Dean Bruce DelMonico likes to point out the diversity of each MBA class. He has a lot to do in his annual blog featuring the members of the class of 2024.

Among the highlights of the new MBA class that was announced last week by Yale: About three-quarters of its 347 members speak two or more languages, and nearly a third speak three or more. The class speaks 50 different languages ​​in all, from Mandarin to Spanish to Arabic, Tamil, Hebrew, Afrikaans, Malayalam, Lao and many more.

Multiple languages ​​and cultures — the class is 48% international, up from 44%, and hailing from 48 different countries, 10 more than last year — are just one aspect of a Yale SOM MBA class of 2024 that is the most international of all time, a happy by-product of school experiencing the same downturn in domestic applications that its peers have suffered.

“The class that has arrived is special in so many ways,” writes DelMonico, citing a wealth of musical and athletic ability to go along with an eclectic array of professional and academic bona fides.

Yale hasn’t avoided the widespread drop in MBA applications to US B schools in the 2021-22 cycle: Applications from the Ivy League school, typically ranked in the top 10 nationally, fell by 16, 5%, to 3,237. Yale admitted fewer applicants this year but still saw its acceptance rate climb to 28% from 24%.

During the previous cycle of 2020-2021, Yale – like 18 other of the top 25 B schools in the United States – reported an increase in MBA applications; this was the second consecutive year of increases after two consecutive years of declines. Yale’s 3,877 applications for the Class of 2023 came close to a school record of 4,098 in 2016-17.

Yale isn’t alone in reporting a drop in applications, which have plummeted for full-time MBA programs across the United States. The Wharton School at the University of Pennsylvania saw a drop of 14% and the Harvard Business School of 15.4%. Chicago Booth saw a 13.6% decline. At Michigan Ross, the loss was 9.3%; at NYU Stern, 10%. The largest reported decline in applications occurred at UCLA Anderson, which lost 20% of its total year-over-year.

More moderate declines occurred in Duke Fuqua (6%), Georgetown McDonough (5.4%) and Virginia Darden, where they fell only 3.5%. So far, one of the top 25 B schools, Cornell Johnson, says it has increased its applications this year — and by an astonishing 21%.

Despite declining applications and admits, Yale continued a trend of enrolling at roughly the same number of students — a remarkably steady level of around 350 that persisted even during the pandemic, when many peer schools opened. the doors a little wider as their capacity grew via the use of virtual teaching technology. Even so, Yale’s total enrollment is now 738, up 39 seats (5.6%) from last year.

In other key metrics, Yale’s new class is 43% female, like last year, and 48% international, down from 44% last year and 40% the year before. The 50 languages ​​spoken by the class represent an increase of nine from last year. Underrepresented minorities make up 24% of the class, up from 20% previously, and 54% are students of color, up from 49%.

Students come from 167 different academic institutions, up from 176. Seventeen percent are first-generation college graduates, up from just 9 percent last year, while 10 percent have already earned a graduate degree, up from 14 %. Another 12% are pursuing joint studies at one of Yale’s eight other schools. Thirty-nine are members of the Consortium for Graduate Study in Management — as DelMonico points out, Yale’s highest number on record — and six are members of the inaugural QuestBridge Graduate Match program.

SOMEONE WITH A 2.88 GPA WAS ADMITTED TO YALE SOM

The average Management Admissions Test score for Yale class graduates fell to 723 from 726, a year after jumping 6 points from 720, and the median fell to 725 from 730. The range is 630 at 780. Thirty-nine percent of entrants submitted graduate record review results, a new high for the school; the average score slipped 1 point to 329 due to a 1 point drop in the verbal average to 164. The undergraduate grade point average was about the same at 3.65, but the lower end was lower than previous years – notably, someone with a 2.88 won admission this year.

There was little importance change in terms of class members’ pre-MBA industries. Last year, Yale students with a background in consulting fell from 19% to 24% of the class, while finance students fell from 23% to 17%. Non-profit organizations saw a notable increase, from 11% to 14%. This year, consulting is down to 19%, while finance has climbed to 20% and nonprofits to 12%.

“What brings these incredibly diverse members of the Yale SOM Class of 2024 together is their aspiration to embody the school’s mission to educate leaders for business and society,” DelMonico writes. “We are so excited for them to start this journey!”

Post MBA Class of 2024: Yale SOM is getting much more diverse appeared first on Poets&Quants.